There are a lot of gurus out there, preaching about success and motivation.

Most of them can't present any real business success besides what they sell you.

This is why I believe we should learn and model only those who demonstrate real business experience.

One of them is Jeff Bezos - as of today, the wealthiest man on earth.

There are a lot of stories and quotes of him, but I would like to share with you those who related to his early days as entrepreneur because I believe it will resonate with you the most.

Did you know that Jeff Bezos give up a lucrative Wall-Street Job at a successful quantitative hedge fund to pursue what will later become Amazon back in 1994?

His colleagues described him as a workaholic employee that can solve any intellectual problem presented to him.

The idea for "the everything store" was conceived in 1994, in the early days of the internet, while he was still working at the hedge fund firm.

Bezos knew that if he continues to promote this idea from the hedge fund he worked for, it will never be his own project.

To become a real entrepreneur with owner rights, he'll need to leave his convenient and profitable home in Wall Street.

He has decided to leave in mid-1994, which was an excellent year for hedge fund firms and to waive his huge bonus.

When he shared this plan with his parents, they thought that he went crazy.

When they offered him to work on his idea on the weekends and at night, he refused because he thought that he needs to act fast as things were shifting rapidly for the internet world.

The business was initially funded with a minimal budget. Bezos bootstrapped it with $10K in cash plus $84K in tax-free loans.

He recruited 2 top-notch developers by giving them options and low salaries.

They started to work from his home garage while Bezos built the tables from doors he had in his parking lot.

His parents helped him with the funding efforts. In the early months of 1995, they invested $100K and later on an additional $145K. Bezos told his parents that there is a 70% chance that they will lose it all.

They started to work on the website around the fall of 1994, by March of 1995, they had a beta version and soft launch with the first buyer.

In July 1995, less than 12 months from the beginning of their journey, the website was open for everyone.

The company grew so fast that he needed more capital to support its growth. By the end of 1995, he succeeded in raising $1M from 20 angel investors with a $5M in valuation.

Important takeaways from Bezos journey as an entrepreneur

1. Start as a bootstrapped, don't rely on investor

2. Be lean with expenses (hire few employees as possible but make sure they are very talented, use options to compensate them)

3. If you can't launch your product within 12 months, look for alternatives

4. Raise outside capital ONLY after you have serious sales volume (proof of concept) and only for massive growth purposes

Here is a powerful quote from Jeff Bezos

"When you are eighty years old, and in a quiet moment of reflection narrating for only yourself the most personal version of your life story, the telling that will be most compact and meaningful will be the series of choices you have made. In the end, we are our choices."

If you want to learn how other bootstrapped entrepreneurs did it without having to raise venture capital, check out Bootstrapped here 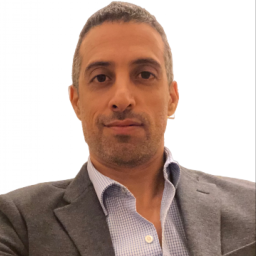 Entrepreneur, a strategic consultant and part-time CFO for early-stage and growth companies (CPA, MBA). Extensive experience with tech and SaaS startups, helping them with revenue models, funnel building, and financial planning & analysis. His clients raised well over $150M in aggregated funding and he was part of 4 Exit events and IPO.